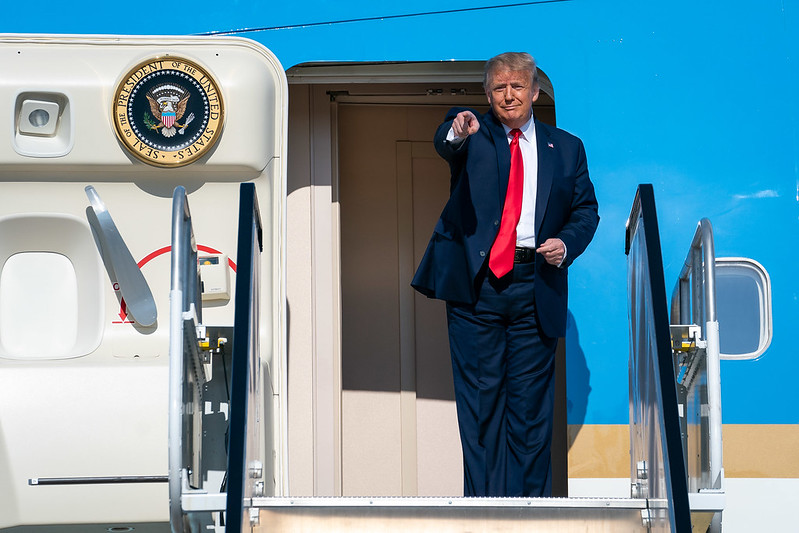 President Trump answered questions yesterday from reporter Joe St George and Trump seemed to confirm that a second stimulus check would be a part of another stimulus package which will be announced within the next “couple of weeks”. When the reporter asked “Are you gonna get them [Americans] a second stimulus check?” Trump replied, “Yes, we are.”

Trump described the package as a bipartisan effort, which implies it will have to include some of the things that were in the Democratic party’s HEROES act that passed the house a few weeks ago. The act included stimulus checks to American households, a $1,200 stimulus check to illegal immigrants, restoring the full State and Local Tax Deduction (SALT) that helps high net-worth individuals in high-taxed blue states, allowing marijuana businesses to access banking services, and early voting. HEROES Act passed by a vote of 208-199; 14 House Democrats voted against the HEROES Act, and one Republican voted in favor of it.

Earlier in the week treasury secretary Steven Mnuchin was interviewed by NBC news and he also did not rule out the second stimulus check and said it was being considered, adding about the importance of liability protection.

“[A second stimulus] is something we’ll definitely consider. We’re not at the point of developing a firm economic portfolio on this. The one thing that we can definitely say will be in it, and Mitch McConnell has talked about it, is the need to make sure that the American business has liability protection.” He further elaborated on the second stimulus check directly paid to Americans, “The appeal of direct payments is that it is a very fair way to get money to everybody in the economy.”

You might have noticed Mnuchin’s emphasis on the “fair way” of money distribution. One of the things that Republicans have criticized with the previous stimulus was the enhanced unemployment insurance that has led to some people earning more on unemployment than they did at their jobs and has left out people who were essential workers and went to work five-seven days a week during the entire lockdown time. The boosted unemployment payments end at the end of July and the Senate doesn’t want to renew it, arguing it doesn’t incentivize people to go back to work.

In summary, the possibility of the second stimulus check looks very promising at the moment. However, it’s too early to say it’s 100% confirmed, despite what some news outlets are reporting. We’ll know for sure within a couple of weeks.

Please follow us on social media for timely updates.

Passive Income: How to Maximize Your Cashback by Using a Cashback App/Site