New Stimulus: “American citizens should get the payments. That’s our focus” 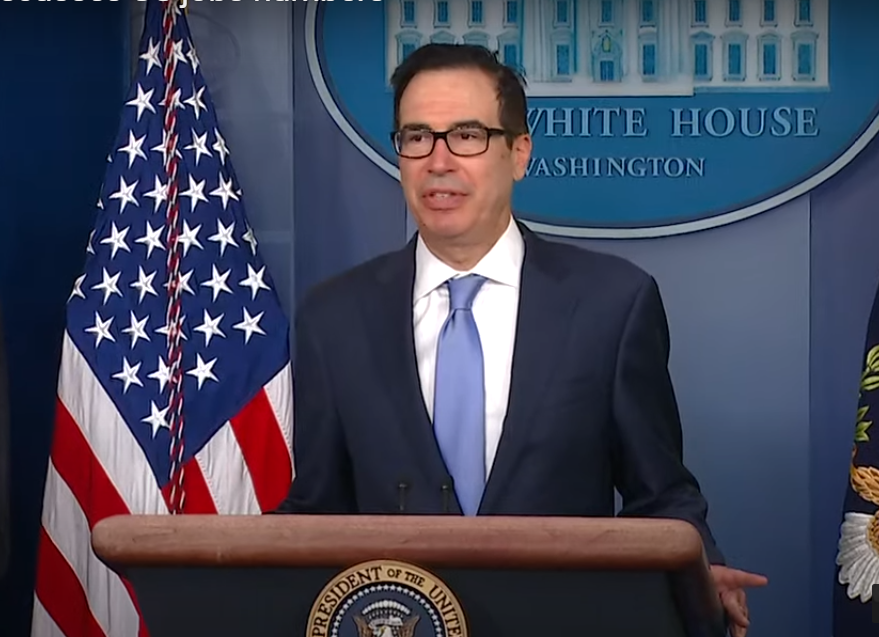 Numbers unveiled during a pre-holiday press briefing at the White House today indicate that our economy is beginning to rebound from the crash caused by the coronavirus pandemic – almost 5 million jobs were added in the month of June. However, we’re far from the pre-pandemic level of economic growth and the White House will “seriously consider” a second stimulus payment.

The most recent report shows that the job market continues improving for a second consecutive month as the U.S. employers added a substantial 4.8 million jobs in June, and the unemployment rate fell to 11%.

“This is the largest monthly jobs gain in the history of our country. The unemployment rate fell by more than 2 percentage points down,” said President Trump in his remarks on the Jobs Numbers Report.

“It’s tough enough to predict economic numbers in normal times. The jobs numbers are the most accurate numbers and the trend is 8 million jobs are back [over the last two months],” Treasury Secretary Steven Mnuchin added. “But our job is not done yet. Our job will not be done until every single American who lost their job because of COVID gets back to work.”

During the press briefing Mnuchin was asked about the new stimulus bill in Phase Four. Mnuchin replied that it’s too early to tell what numbers are needed and will be included in the new piece of legislation.

Mnuchin added that it’s “their priority” when they get to CARES Four Bill in July to “re-purpose” the leftover money – $130 billion – and give it to businesses that “are particularly hard hit”. The Treasury “will be looking to give these businesses additional money”.

“The President is committed to do what we need to  do in the next bill – protect kids, protect jobs, and protect the liability,” Mnuchin said.

“Our position is that legal Americans, American citizens should get the payments. That’s our focus. If people are here illegally, they are not going to get economic payments,” Mnuchin said. “We’re very focused on, as part of the next CARES Act… we’re going to seriously consider whether we need to put more payments and direct payments. It worked very well.”