The digital payments space is an immensely tempting place to be, representing about $1 trillion in revenue globally. Google is having another try at becoming a visible player on the market by developing its own physical and virtual debit cards to enable users to buy merchandise and services with a card, mobile phone or online.

Naturally, many compare Google Pay to its competitor — Apple Pay. Apple now accounts for 5% of global card transactions, is forecast to hit 10% by 2024, and is on pace to handle 1-in-10 such payments by 2025, according to recent trend data compiled by Bernstein, a research firm. “There are indeed plenty of reasons to worry that Apple may attempt to disrupt the payments ecosystem,” Bernstein analysts, led by Harshita Rawat, wrote in a research note.

Back in 2014, Google Pay (then Google Wallet) offered a debit card that consumers could use with their Wallet balance. The debit cards back then let Wallet users spend money from their Wallet account when shopping at a retailer that didn’t support contactless NFC payments. Wallet Cards were taken off the market and stopped working on June 30, 2016.

Google Pay currently allows you to make NFC payments or transfer money to others using an existing card or PayPal.

It’s essentially a co-branded debit card with the Google name and its different bank partners, including CITI and Stanford Federal Credit Union. The exact name of the product still hasn’t been made public yet, maybe because such partnership deals haven’t been finalized.

Google Smart Debit Card consumers can connect the card to a Google app to monitor their purchases,  add money or transfer funds out of their account, check their balance, etc. Users will also be able to pay for any merchandise in retail stores with a physical Google debit card. A virtual version of the card that lives on a user’s phone can be used for Bluetooth mobile payments and for online or in-app payments.

In the app users are shown a list of recent transactions on the card, with merchant name, date, price and if a user doesn’t recognize a transaction, the user can utilize the card’s security options. The user can lock the card, say if the card is lost or stolen, and order a replacement while still being able to pay with the user’s phone or online. Users can use a fingerprint and PIN for account security.

Will the New Card Offer Perks?

Unlike Apple Card — which is a credit card, complete with various cash back offers — the Google card is a Visa debit card. Currently, there are no indications that Google will be offering any perks or benefits for using its system and it’s also not confirmed that Google debit card users will get any discounts for using the branded card to purchase Google products and services.

TechCrunch leaked the new card’s image shown above along with citing a source confirming that Google has recently worked on a payments card that its team hopes will become the foundation of its Google Pay app. In the designs, it’s a chip card on the Visa network. In the future Google could potentially support the Mastercard network as well.

To compare, Apple launched its Apple Card in August 2019, offering a slickly designed titanium Mastercard credit card backed by Goldman Sachs. It charges minimal customer fees, comes with a virtual card for use through Apple Pay and generates interest.

Earlier this year, Apple changed its card’s privacy settings to share more data with Goldman Sachs, which brought a lot of concerns on consumers’ end. With Google debit card re-entering the market, even more concerns are being raised due to Google’s vast access to users’ data via its apps, ads, search and the Android operating system.

Depending on its privacy decisions, Google could use transaction data on what we consumers buy to alter ad campaign measurement and targeting. Google advertisers might certainly be willing to buy more Google ads if Google can showcase a higher conversion rate as a result of such consumer data usage. It’s very unlikely, however, that many users will be excited about their data being shared.

Currently, Google Pay only allows online and peer-to-peer payments by connecting a traditionally issued payment card. By developing more user-friendly features for this smart debit card, Google has the potential of tapping new revenue streams and even more access to users’ data. A smart debit card and checking accounts could be just the beginning paving the road for  Google to offer a wider range of financial services to its users, from stock brokerage to insurance and lending. Follow TheCreditShifu on social media for more updates. 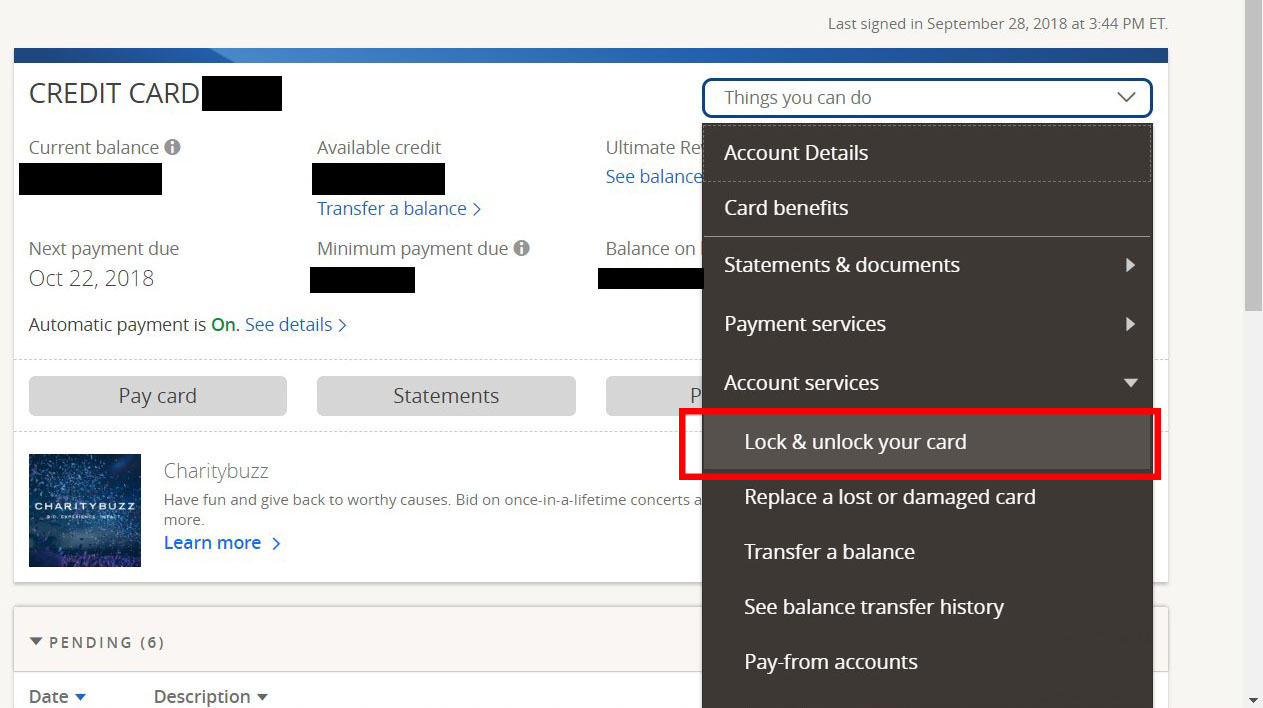 Chase has announced that now customers have the ability to lock their credit cards if they lose them, and unlock the cards again when found. Locking and unlocking can be done through Chase.com or the company’s mobile app. According to chase locking a card will instantly block new purchases, cash advances and balance transfers, but will not interfere with recurring payments.